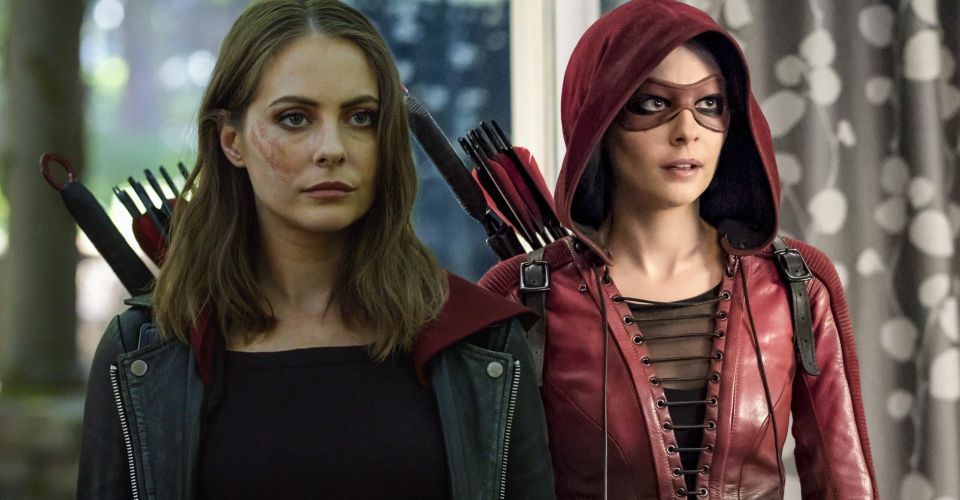 Willa Holland’s Thea Queen left Arrow during season 6. Following her exit as a series regular on The CW show, Holland missed all of season 7 and only appeared in two episodes of the eighth and final season. She teamed up with Oliver early in the season, and made her final appearance in the Arrow series finale, where she returned for Oliver’s funeral.

As the sister to the main protagonist, Thea filled an important role in Arrow. Somewhat early in the series, Thea learned the truth about her brother’s vigilante activities and joined him in his crime-fighting pursuits. Thanks to the training she received from her biological father, Malcolm Merlyn (John Barrowman), Thea grew into a competent fighter in her own right and served as a key member of Team Arrow. Even after giving up on being a hero, Thea continued to reside in Star City and served as a well-developed character who was always in Oliver’s corner. That came to an end in season 6, when she decided to leave the city she’d grown up in with Roy Harper (Colton Haynes).

In Arrow season 6, episode 16, Thea, Roy, and Nyssa al Ghul (Katrina Law) departed Star City on a mission to find and destroy the League of Assassins’ scattered Lazarus Pits. Though the door was left open for a return from any of the three characters, this moment was intended to serve as Thea’s exit from Arrow. According to Arrowverse producer Mark Guggenheim, she was written out of the show due to a decision made by the actress [via EW].

Apparently, season 6 was the end of Willa Holland’s Arrow contract. Guggenheim said that Holland told them at the end of season 4 that she wanted more time for herself. For that reason, Holland’s role was reduced, which explains why she appeared in a comparably smaller number of episodes in seasons 5 and 6. When Holland informed them that she wasn’t interested in renewing her contract and that she wanted to leave before the end of season 6, the writers worked in a way to remove her from the show in episode 16. Holland not wanting to come back full-time is likely why Roy Harper returned on his own when he returned to Star City to help the team in season 8.

Though Thea wasn’t as integral to Oliver’s story in season 6 as she usually was, she did play a meaningful role in his journey. Plus, the issues she had with her father helped provide her with her own interesting arcs that were separate from Oliver’s. In the end, Arrow ended Thea’s time on the show in a way that felt deserving of how her character had developed and matured in six seasons. As explained by Guggenheim, they could have simply given her a happy ending with Roy, but decided instead to task her with an important mission of her own in the form of the Lazarus Pits.